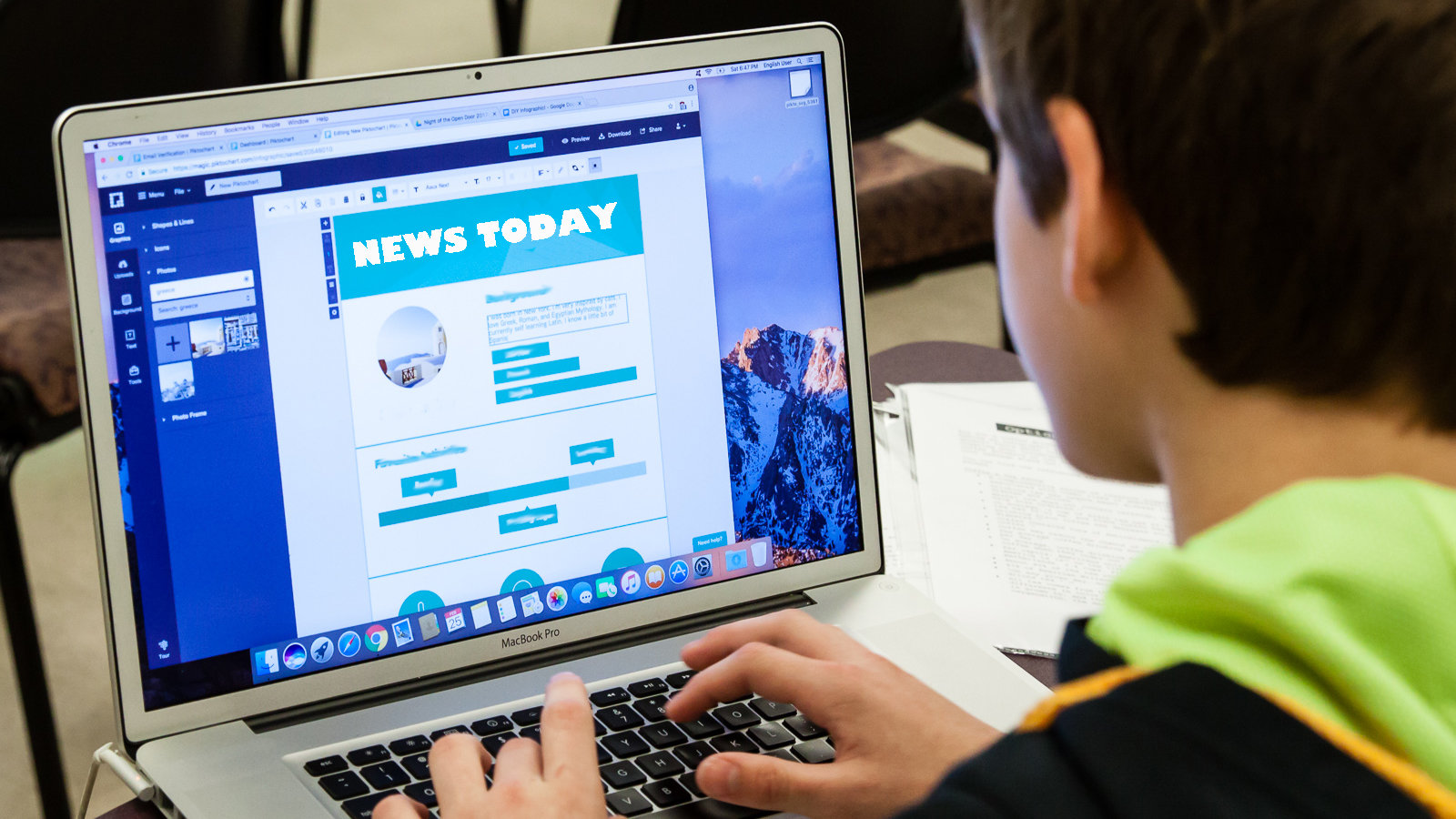 Philippe Gendreau, from the beginning, has been interested in teaching by presenting information in the media, whether television, film, the press, or even in commercials. Now he is carrying the discussion further with his course on Ethics and Media.

The Secondary 5 teacher created this course in 2004, taking advantage of the transition from moral education to the course on ethics and culture. He offered a course in which students would think about the influence of the media – which he saw as “mirrors” of society’s values – and the related ethical issues.

While the administration of École secondaire Ozias-Leduc, in Mont-St-Hilaire, was originally skeptical about the popularity the course would have, “nobody could challenge its relevance”, he considers.

“At the time, the media, advertising, television, film, the press and the concentration of media ownership were interesting issues for training citizens,” the teacher recalls. Over the years, he has been able to integrate YouTube, Facebook, Twitter, Snapchat and other platforms into his course.

This year, four groups of Secondary 5 students took the course, which covers the history of communications, from the appearance of speech and writing to the development of the modern media.

Philippe Gendreau likes to repeat that Ethics and Media is “a course of questions, not a course of answers”.

At the beginning of each course, the students discuss current events and ethical issues they may have noticed in the media. They also compare reports on the same subject: the treatment angle, the choice of interviewees and the way the information is presented.

During the school year, the students even produce a video report to understand journalists’ work better.

The teacher wants his students to learn how the media industry works – “that there are financial interests behind it, that this is a big structure” – so that they can develop a critical perspective on the multitude of accessible sources.

One encouraging fact: the students “are very good at distinguishing information that comes from the mainstream media as opposed to a dubious source”, especially when they work as a team, he affirms.

Over the years, old-fashioned newspaper clippings have been abandoned in favour of screenshots and photos from all over the world. He makes it his duty to present his students with a variety of subjects that allow them to address a wide range of themes. For example, the pro-democracy demonstrations shaking Hong Kong or the political ads broadcast during the federal election campaign raised questions in the classroom about manipulation of information.

“In some groups, certain topics will grab their attention and there will be a debate that sometimes will become heated. In another group, the same theme will go almost unnoticed,” the teacher points out.

“I’ve given the same course for the past 16 years, but it’s never been the same, because my examples are taken from current events,” he says.

One advantage for students, he points out, is a topic raised from a specific angle in a colleague’s course that can be discussed in depth in his class. If the conversion continues at home, then the teacher feels he has accomplished his mission.

“Honestly, this is my greatest reward, because I bet that students can be interested in all subjects if they master the basics a little,” he says. “And I think this allows them to become engaged citizens, because they can discuss these issues with their parents.”

“The questions of ethics and media are inseparable [and have to be addressed] to equip 21st century citizens,” the teacher believes.

Students born in the post-Internet era are in constant contact with media production in the broad sense (video games, film and television, Internet, social media, etc.). That’s why he considers that media literacy should be introduced starting in elementary school, if only in the form of short workshops, because it’s inappropriate for schools to be detached from this phenomenon.

“I believe very strongly in media literacy. I’m really surprised it hasn’t gained more of a place in the past 16 years. Some of us believe it would be a good idea to integrate it [into the curriculum], and many teachers are making efforts with the means they have.” According to Gendreau, the intentions are present – what’s lacking is time.